With the purchase of some new Khorne red and a couple of new brushes I have re-invigorated myself with desire to get some Death Company painted. My Death Company army is most likely going to be accompanying me to Blog War X run my Alex at Fromthefang in Stockport (unless I pull out some ridiculous progress on my Dark Angels...). I've heard nothing but good things about Blog Wars, much from some of the frequent commenteers down below, so it should be a blast and I should get to put some faces to names hopefully!

The exact composition of my force will depend entirely on how much I have painted by then. I certainly have enough painted now to take a decent looking force, though I don't think my Death Company would be in the running for any prizes (looks wise or winning wise), but it definitely wouldn't be the force I really want to take.

That force is just the horde of Death Company I've previously described here, but that is a big old pile of Death Company away from being completed and I have a music festival (in Bognor Regis no less) and a holiday in Iceland both with my girlfriend coming up that will hamper preparation some what. So we will just have to see how we go! If I can get the horde done I think I will have an easier time competing and maybe people will enjoy that look a little more as well, but the main aim of the day is to have fun and be merry.

But at least these guys will be making the trip up to sunny Stockport I have no doubt, here's their current state: 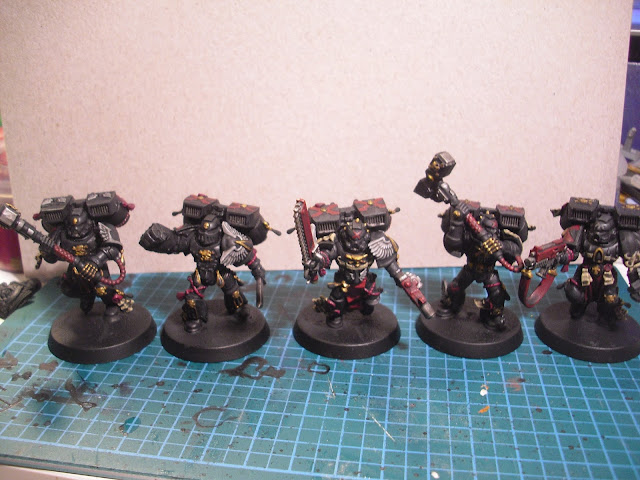 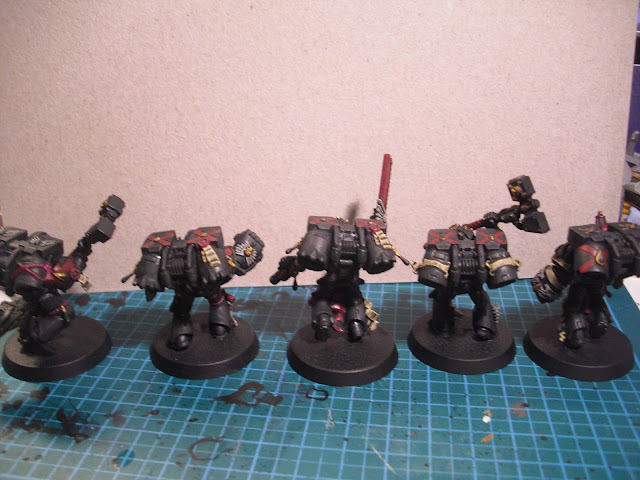 And here are the next 10 all dry brushed with Eshin grey ready for the red basecoat to be applied: 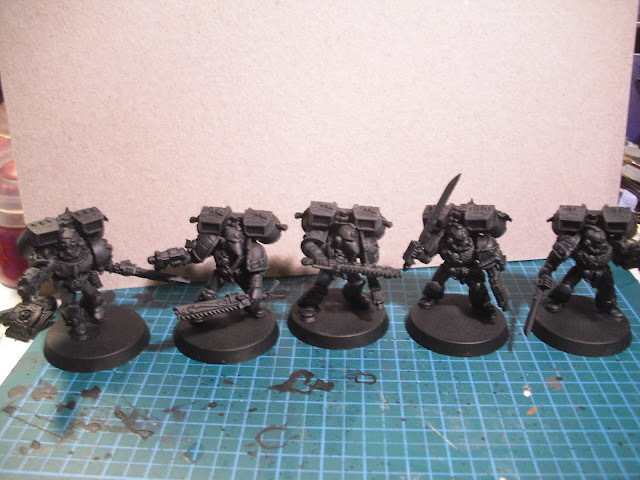 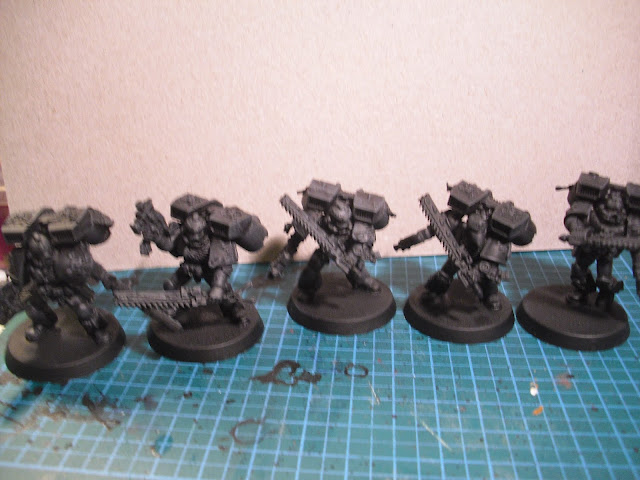