Just a short post about how I am converting up some grav cannons for my Dark Angel Devastators. I found this on another website (DakkaDakka I think) so I'm not claiming it as my own idea, but put here for posterity all the same. Its built from the Grav cannon off the Ad Mech Destroyer dudes and a plasma cannon. I picked up the bits for all 4 from a bitz site for about £12 including postage. Given that I already had bodies and torsos for the Devastators its worked out nice and cheap!


So here the two pieces are before I start. 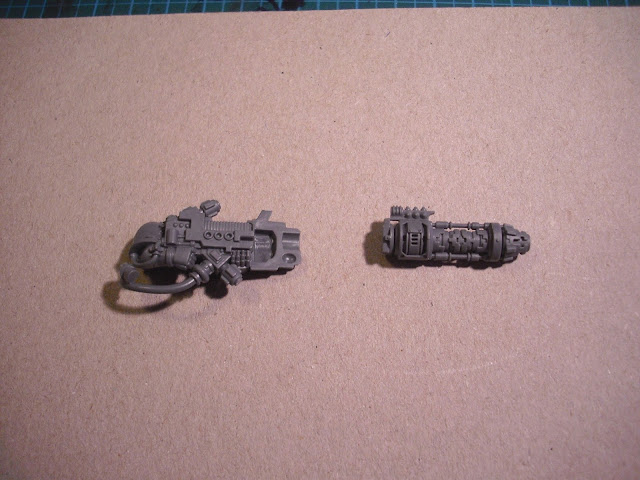 So you take the Plasma Cannon and cut off the unneeded tubing for now, I use a scalpel. 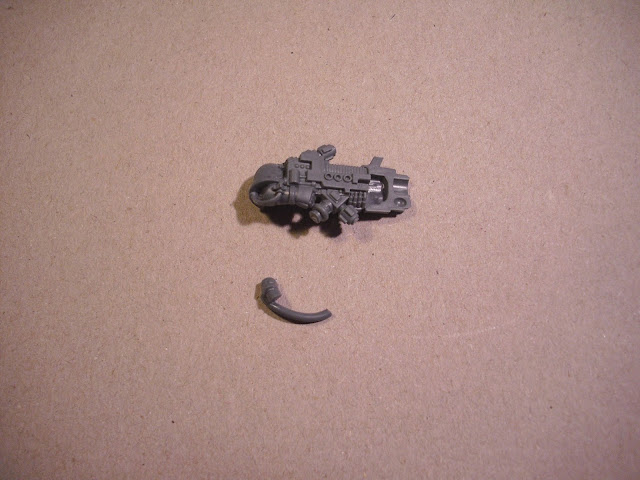 I then cut the front of the plasma cannon off with a bone saw. 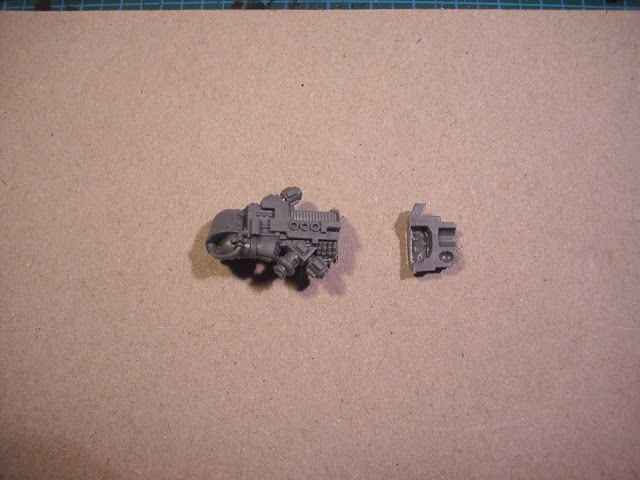 Scalpel to remove the exhaust thing from the top as it got in the way for the next bit. 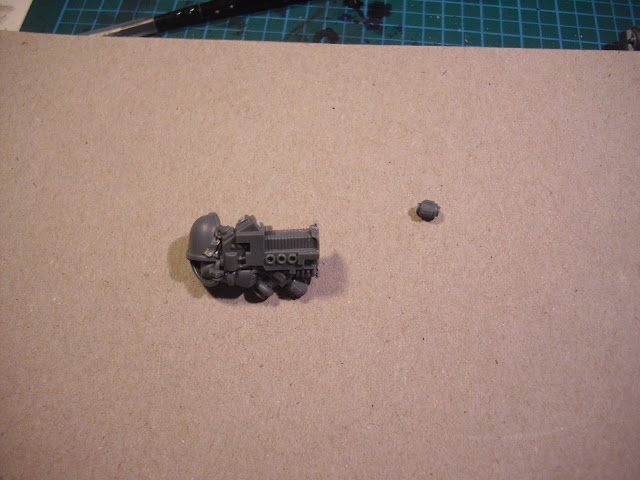 I then cut down to the depth I need to place the grav cannon part on. I just eyeballed this. 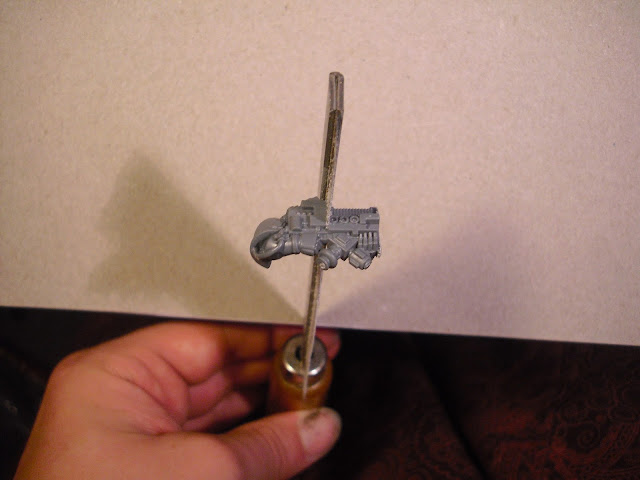 Then cut along the bottom edge to remove that lump out. 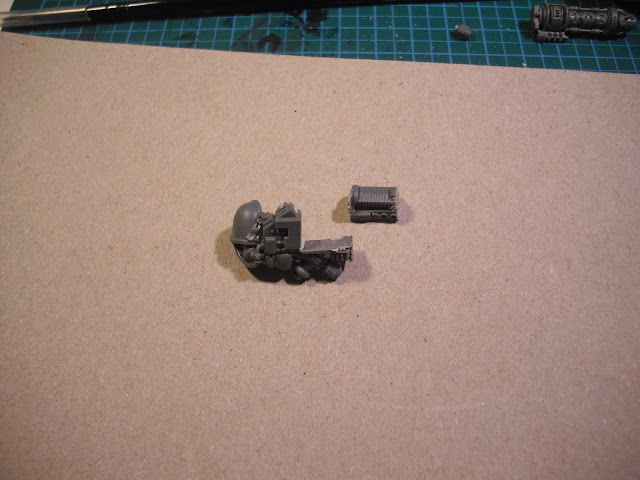 You can see here with a dry fit that the rounded bottom makes it sit awkwardly. 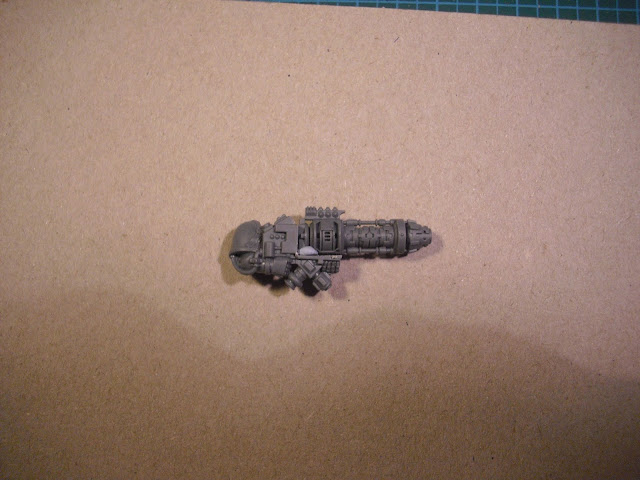 So to flatten this out, I first nick through the bottom tube as indicated by the scalpel point. 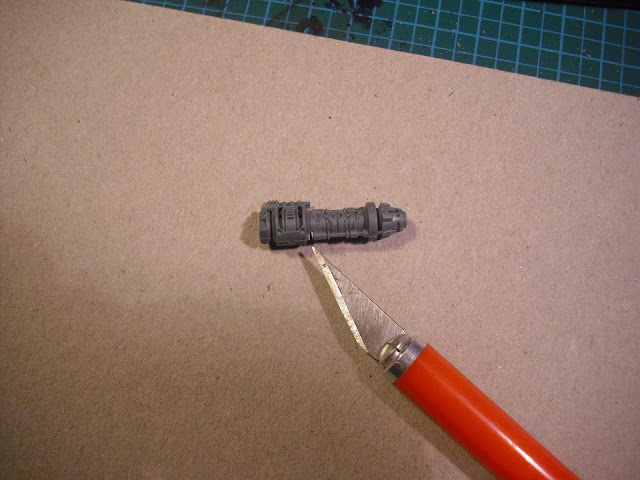 I then cut down through the first sticky out bit on the left end. It pinches in so can be cut off alone making the last cut that little bit smaller so your less likely to go wrong. 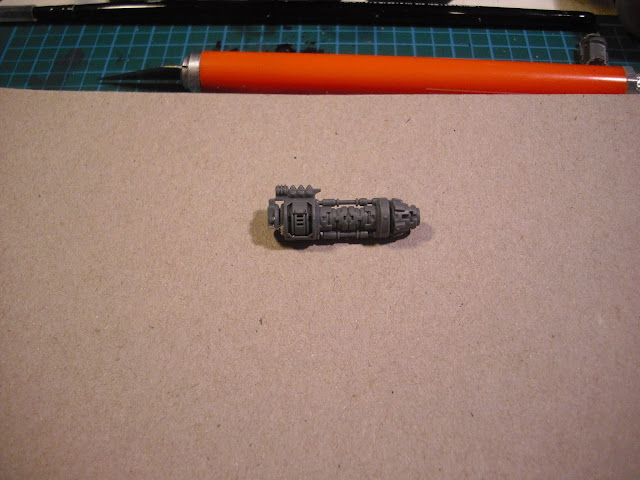 And then finally you cut the bottom section off to a flat level but leaving the tube intact as a ledge. 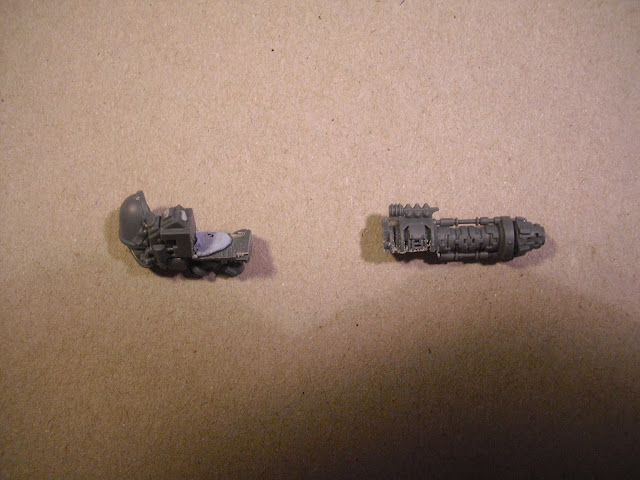 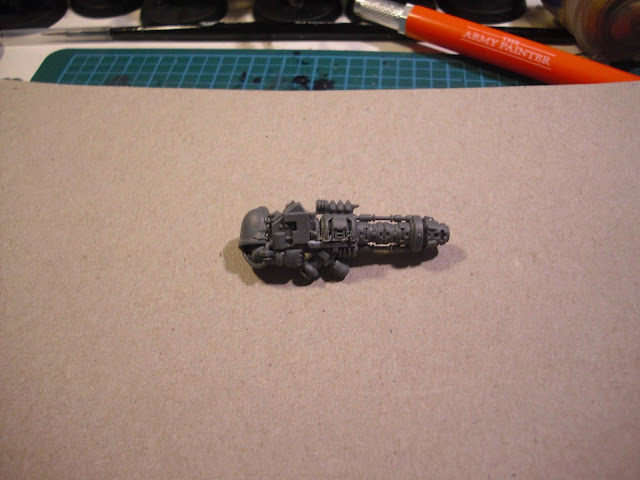 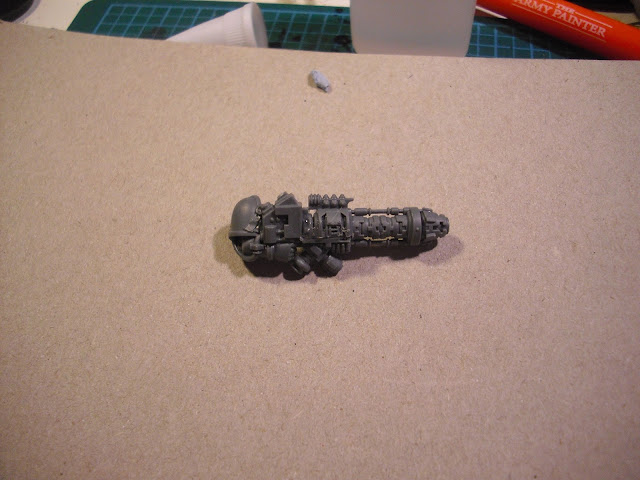 And here with first one I made. 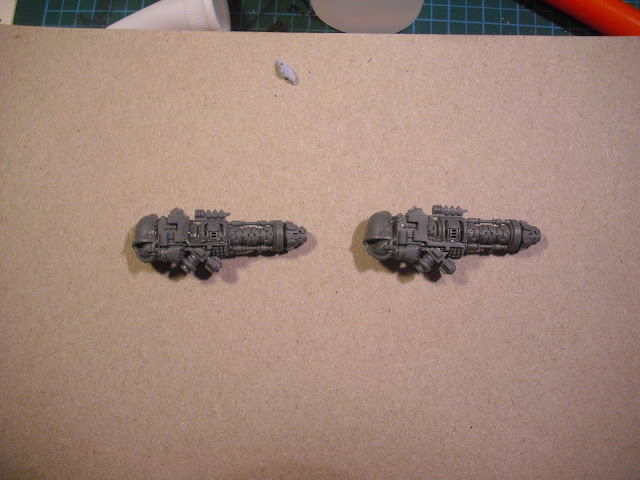 Hopes this helps anyone in need of Grav cannons that doesn't mind having a unique looking one and doesn't want to shell out. I've since converted up the other two and am now building the devastators. I need guitar wire to connect the plasma cannon back pack with the gun or if it doesn't prove to fiddly I might use the left over tubing from the plasma cannon. Once these guys are built and magnetised I will get you some pictures.