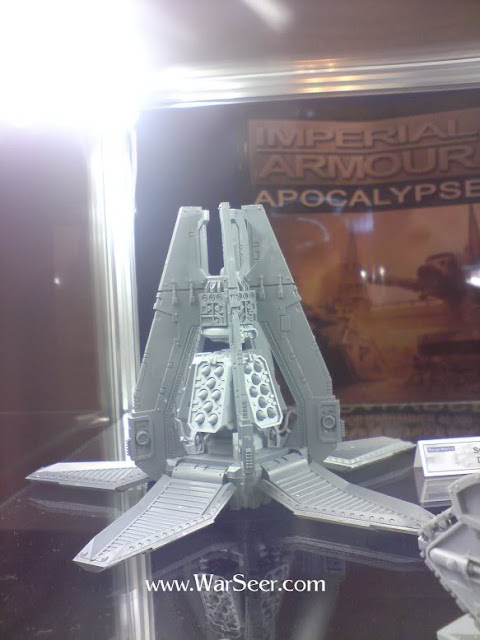 Instead of yesterday offering where you drive a giant flying ram at your opponent, today we discuss how best to drop heavy and explodey things on their heads from afar... The Deathstorm Drop Pod does just that!!!

The deathstorm has the drop pod standard stats line of:

Overview - Noting special here! Just to note it costs 90 points base and is a heavy support unit.

Independent Machine-spirits - Each weapon on a deathstorm drop pod may fire independently at different targets if it wishes. This is what gives the deathstorm a continued tactical presence after the initial shock and awe tactic.

Automated Weapons: When a Deathstorm Drop Pod lands, it opens fire indiscriminately in its first Shooting phase. Each unit (enemy or friendly) within 12" of the model’s weapon takes an attack from the deathstorm. Each target unit with one or more models in range suffers D3 full shooting attacks BUT resolved at BS 2. Fires normally from the next turn.

Overview - Mostly as a normal drop pod, though you may note the lack of the Drop Pod Assault special rule. Area Denial and Independent Machine Spirits are excellent rules as you will see from the equipment section. However the automated weapon rule has the chance to just F**K up anyones day, yes you are hitting on 5's, but that COULD be 6 x S8 AP3 shots on the turn they arrive.... 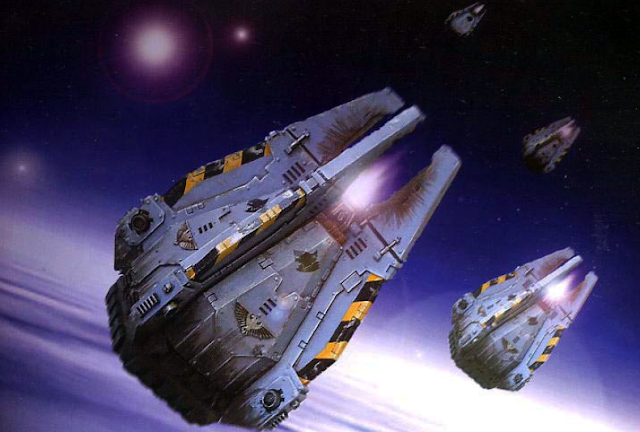 As standard the Deathstorm comes with the following weapon as standard:

In a predominantly Marine game this seems like an odd choice of armament as you will likely only cause a wound or two on any given squad (with the chance of a large scatter), and then they will be re-rolling any passed morale/pinning checks on a 9 if a sergeant is included. The odds aren't terribly good I feel.

As its only offensive upgrade option the Deathstorm may take:

Strength and AP are marine killing standard AND you get two shots a launcher that TEN(!!!) shots each turn. Not only that but the strength is high enough to do a good job at worrying light to medium armour too.

Its second only upgrade is the ability to take the Drop Pod Assault special rule, thus allowing it to come in turn one with no rolls required. 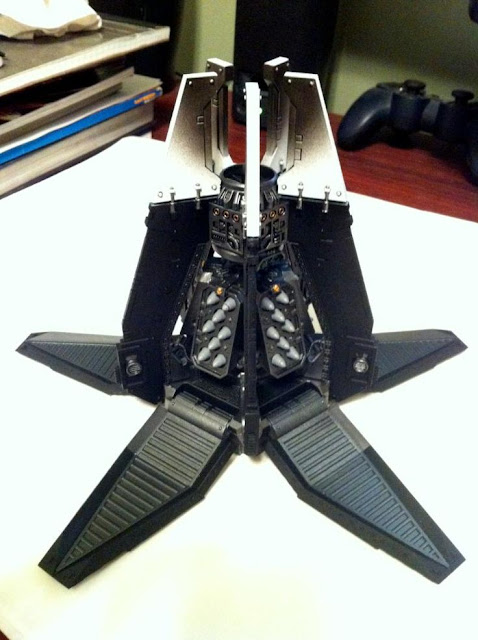 I love the Deathstorm drop pod. It has such a serious amount of cool factor to it. HOWEVER there are problems. The two main problems are the cost and the slot it fills. The heavy support slot is a very busy section that has lots to offer and using up a slot for essentially a suicide unit might not be the best use. Additionally if you pimp this thing out it will cost 145 points!! That is a LOT! For comparison you can buy an Anvillus pattern drop pod for only 100 points. This has some offensive capability, can jink and can offload marines for a charge on turn two.

The deathstorm definitely has its place though, in a fast moving army with little reliance on heavy support (lots of jump and jetbike/bike units), this can provide a hell of a wake up call to your opponent if 3 of them drop down first turn (so you'd need 5 pods of any variety total to get that) which could potentially put out 30 x S8 AP3 shots in the second turn if they all survive. That is super tasty...

Overall - I think again with this unit it only really works for its points in larger games AND you need to be very invested in an army style which facilitates the use of heavy support slots by these guys, taking one seems a little half arsed and I would suggest if you are going to take them take at least 2 and have 2 other pods in your army to give you the OPTION of bringing them both down first turn.