Today has been pleasantly productive in the last few hours. I was up at 5am and then at work till 10am but getting home at 10.30 I started to paint a Magos that had previously only be washed with sepia, and 3 hours later he is done! In the drying times for the Magos I also finished off the Domitars that I showed you yesterday, they just needed blood effect cabling and blue glow effect adding to their graviton hammers. Super pleased with how they have turned out and the Magos isn't too bad considering he was rescued from a box I had forgotten about and kitbashed with a 3rd edition incubus weapon...

Anyway pictures and feel free to give thoughts :) 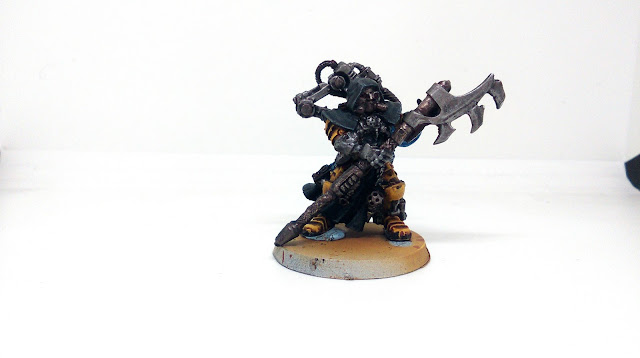 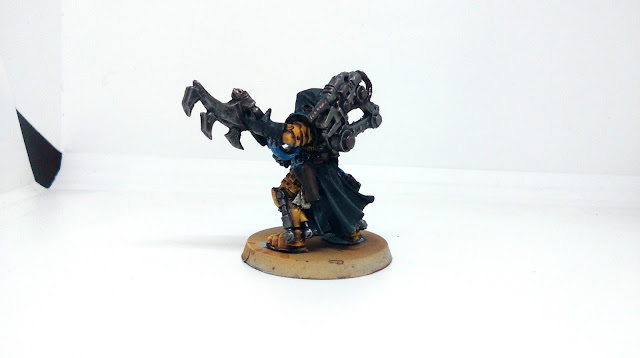 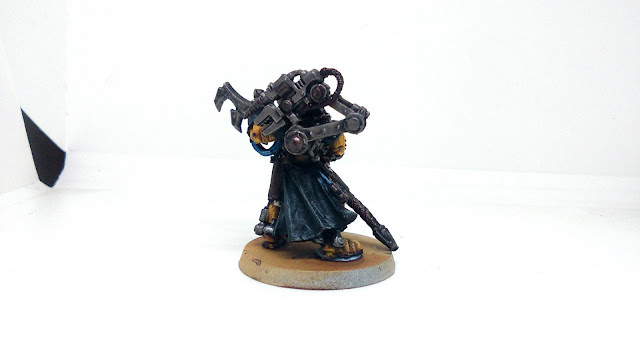 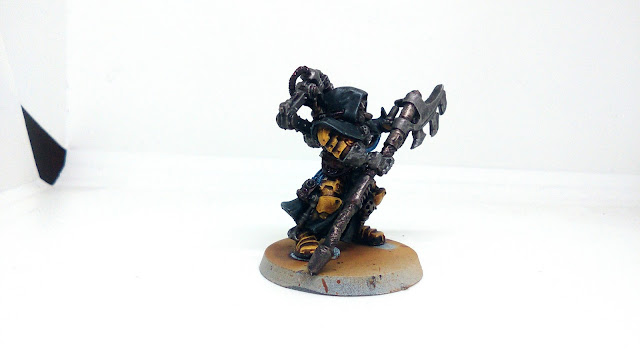 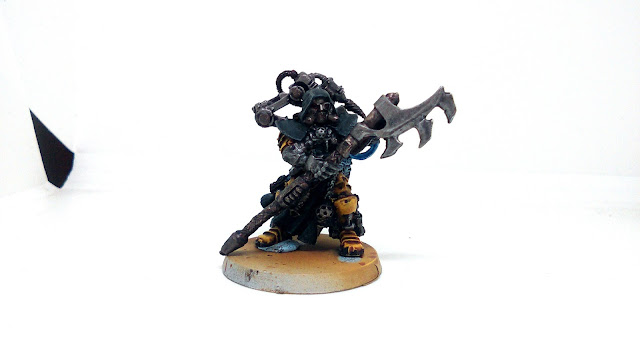 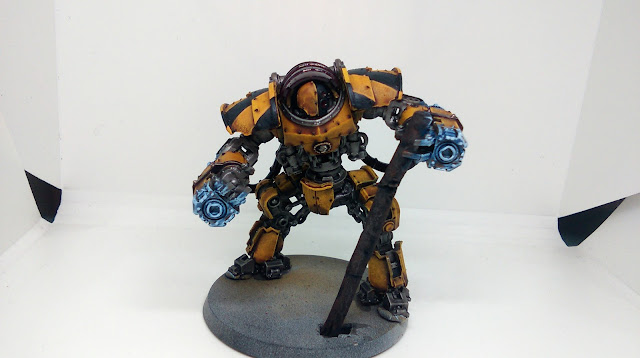 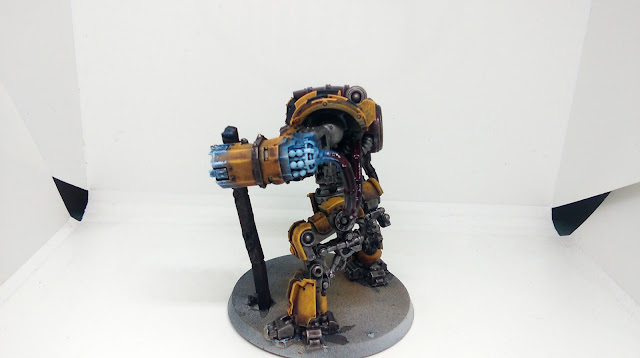 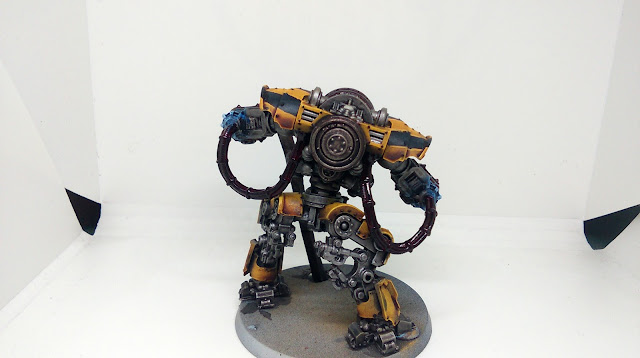 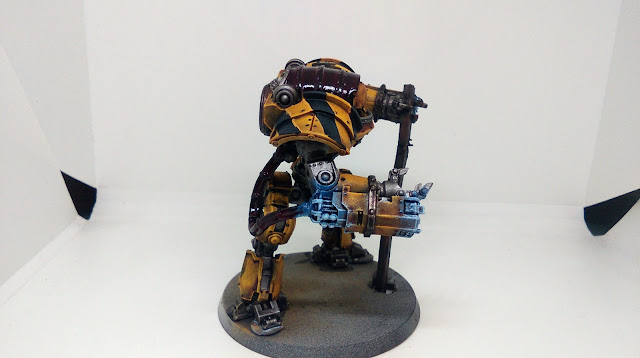 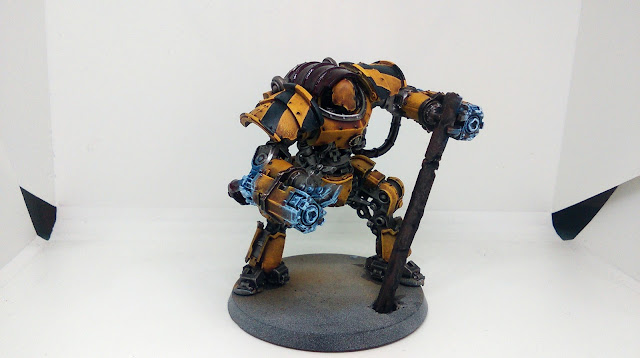 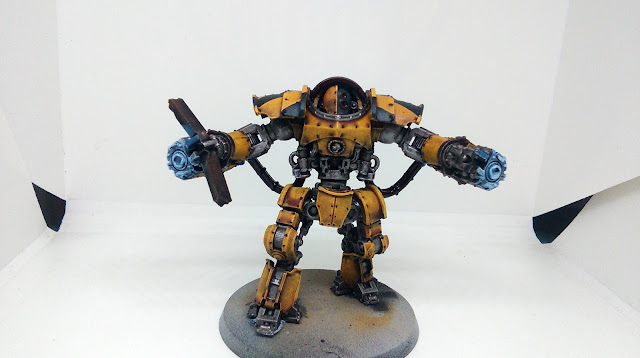 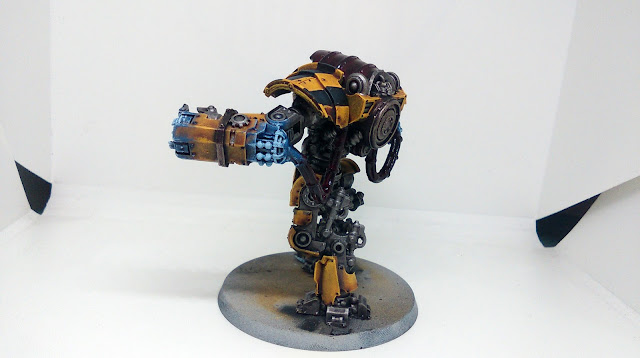 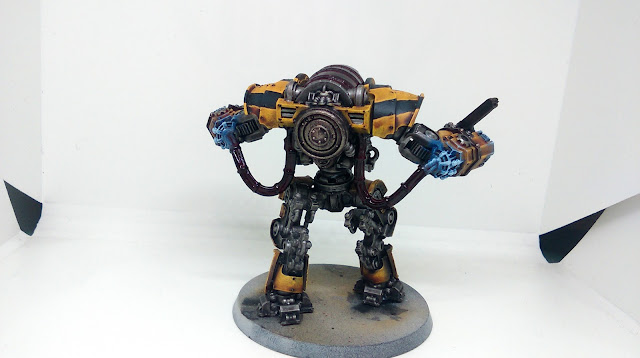 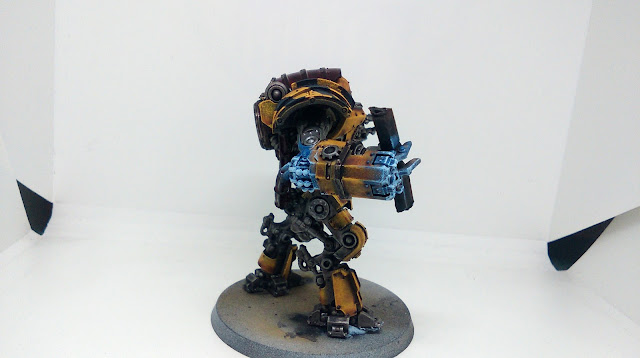 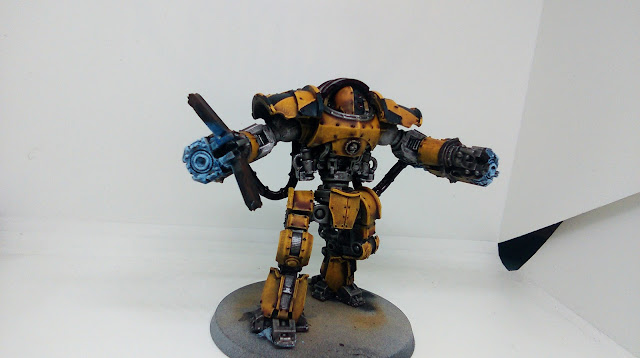 The Magos will just be my cheap backfield magos to extend cortex controller range and repair my Krios Tanks with his battlesmith rule.

Coming up for the Mechanicum I have a unit of Scyllax that I got from heresy trading on facebook which was a nice bargain. I also have the converted Vorax and I have a third Domitar to convert into the Homonculex that follows Anacharis Scoria. And finally I have the Imperial Knight I purchased the other day.

Expect the first 3 to arrive pretty soon and the Knight to take a lot lot longer! I have really enjoyed painting this army and I only ordered the first batch from eBay on the 18th of January! It seems a life time ago, but progress has been pretty quick which is very pleasant.