Delighted to be here, 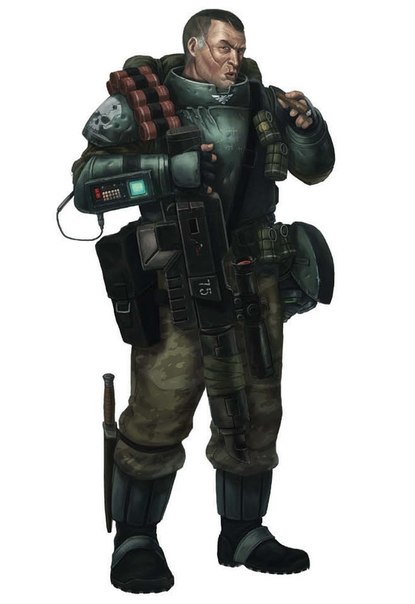 I recently had quite an irritating altercation with Waylandgames about an order they had placed (or had not as the case turned out) with Anvil Industries. But this matter will get an entire ranty blog post all to itself I am so fuming with them.

But a quick phone call to Anvil Industries and two days later I found myself in possession of a black op sniper team from Anvil's exo-lord range. These guys will be used as my scout squad for my Dark Angels but also double as a recon squad in 30k for my dark angels as well. I just really dislike the scout models in 40k, they just look like they are wearing nappies....

Anyway here are the models just after I got them out of their packaging and lined them up: 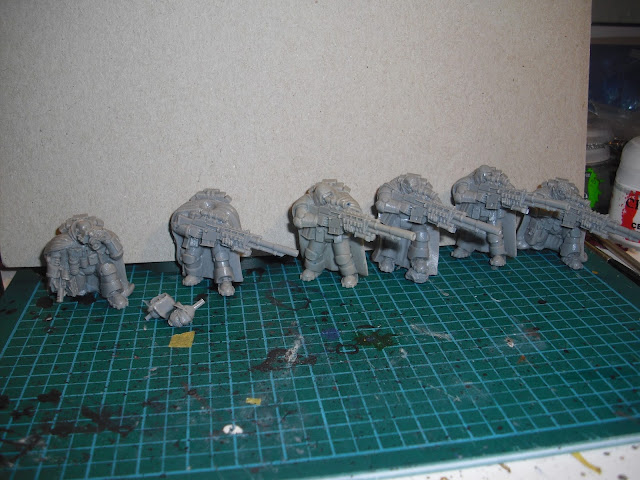 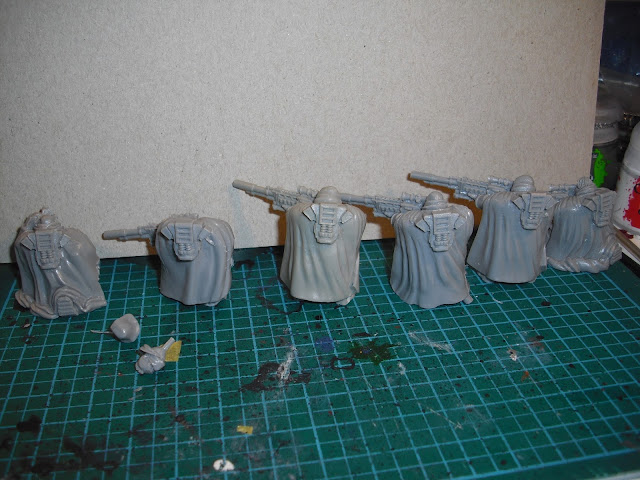 The kit costs £18 from anvil and it only comes with 5 models according to their website but I seem to have been lucky enough to receive 6! Which means I don't have to use the kneeling spotter model if I don't fancy, though he will probably make up the sergeant model for the squad.

And here's a quick size comparison. They are spot on with normal marines, which I am fine with, I don't really see a scout being smaller physically. Or am I wrong there? 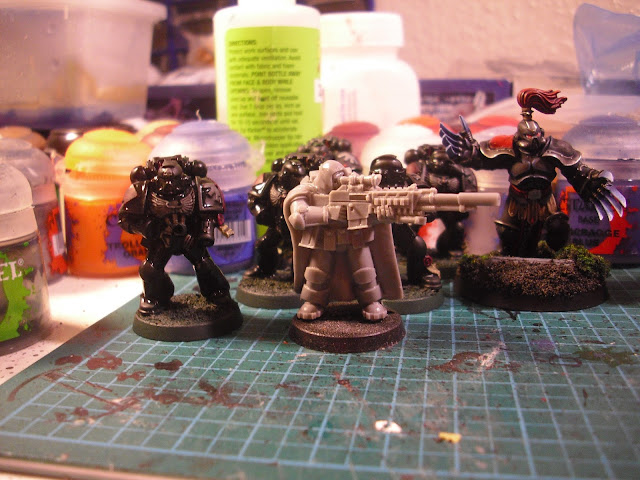 The casting is excellent, the flash none existent, though like with all resin these guys will require a wash before painting to get rid of the weeping residue, though it seems pretty minimal to the touch compared to other companies I have bought resin off. I really like the look and I'm looking forward to painting them very much as they just look the business to me.

In a final note, I cannot underline enough just how absolutely out of this world fantastic anvil customer service is. Despite me placing the order through wayland games, Anvil without prompt said they would send the order out immediately and bill wayland games for it so I didn't have to do anything else and they would honour the price I originally paid for it of Wayland which was at a 10% discount. They were in constant contact by email after first contact and could not have been more helpful. It felt like they were literally bending over backwards for me.

I feel terribly guilty for not ordering direct from them now! And I certainly won't be using Wayland games ever again after my final items arrive from them... maybe anyway!

Go check out Anvil at http://www.anvilindustry.co.uk they have a host of fantastic conversion pieces from cloaks to servo arms and really excellent pose able bionics for both human and space marine sizes. They also have their whole exo-lord range which are bloody brilliant stand ins for space marines if you dig the more sensible aesthetic they have. AND on top of that they have their up and coming and visually stunning Afterlife range which while being perfect to fit into 40k should also have rules for their own game coming out in the not too distant future.