Hi to all and hi to none, 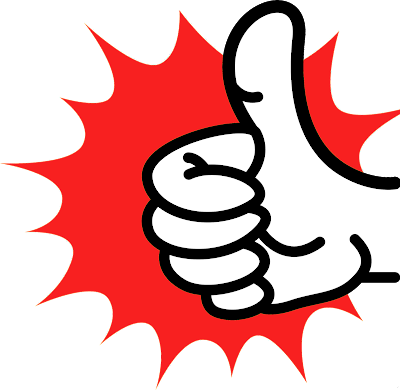 So based on a few other blogs such as objectivesecured.blogspot.co.uk and standwargaming.blogspot.co.uk that have done some pieces highlighting blogs very worthwhile your visit, I want to plug some people that help inspire me in the hobby and maintain my interest.

Today I am going to go over a few YouTube channels that I regularly watch for their battle reports, tactics and tutorials. These occupy the background as I paint almost every time I sit down at my desk, though I also just watch them in their own right as they are often engaging and fun!

In due time I will also go over my favourite blogs and try to keep pointing out particular blog posts that are of special interest. Despite these guys being a huge part of my hobby life blood, they are going second as this is a much bigger post as there is so many of the blighters!!

Anyway on to out first channel, and my personal favourite:

Lawrence Baker is the Baron of this banterous world of miniature wargaming and he is a fantastic presenter. The one thing that really sets this channel apart from other channels is the production quality with full lighting screen set up around the table and excellent focus skills on the camera meaning you never miss out on details because of shadows or blurred action.

His most common opponents (or at least my favourites) are chaps called Joe and Mike who have multiple armies themselves and they have a sense of humour which resonates well with me and I am often chuckling away as I paint.

The style of filming is one where most rolls are shown pushing videos to the 50 - 70 minute mark, but I very much enjoy this as the chatter in between is as entertaining as the games themselves. Finally it is worth noting that near everyone who plays on this channel... actually EVERYONE who plays on this channel has beautiful armies. They never use un-painted miniatures and often the characters have a little bit of back story to them which makes the games that bit more engaging, especially when those characters occur frequently in games. The diversity of armies is also fantastic.

I will put a little disclaimer here, that the games are usual geared to higher echelons of competitive, but that's how these guys play and its never someone being steam rolled against their will, they all love the challenge of the tough list and I really enjoy them pioneering that you can bring cheese and have fun because that's what everyone wants. But if you don't want to see a baneblade being D-shot on turn 1, this channel may not be for you!

They offer a free channel which has list reviews and currently about 30 battle reports with a new video at least once a week. But they also have a subscription channel for £3.99 a month that has brilliant tactical articles, 35+ battle reports and list analysis videos as well. This is excellent value for money and they plough this back into the hobby and the production quality, its not a greedy capitalist money grab! You can also get a 2 week free trial of this channel to try it out!

I have asked a couple of times now and Lawrence has said that he is always interested in meeting up with new people to play games if that interests you and they always answer comments and questions in a very engaging manner. Oh and they have facebook as well and instagram (though I don't use the latter as instagram baffles me).

Here's the link to the YouTube channel: Tabletop Tactics

In contrast to the above, Winters SEO has a very narrative gaming focus, but that doesn't mean the lists are sometimes incredibly tough! Winters has an excellent mannerism for talking narratively and always gives that little bit of extra depth to the narration of a battle which really gets your goosebumps going sometimes.

Winters Seo also has a beautiful Adeptus Mechanicus army which unites elements from 30k, Skitarii and Cult Mechanicus into one brilliant blender of beautiful. His other primary army is his Space marines, I can't recommend enough that you look up his army overview video where he gives the background behind them, its a very cool piece of self made fluff that allows him to play multiple styles with his chapter and it not be cheesy at all.

Every now and then Winters posts Apocalypse battle reports which involve titans and more and these are some of my absolute favourite of his videos with home brew rules mixed in with apocalypse rules making for fantastic encounters between hordes of models in a great big dirty scrum of death!

Equally he recently did a series of video called The Long Night which was a planetary wide battle between Dark Eldar and his very own mechanicus and space marine armies. This had some excellent, well thought out and characterful fluff surrounding it that again made it that bit more interesting to watch.

Winters also does some excellent tutorials which are particularly good for people wanting some quick techniques to improve their painting that don't require you to have jedi skills. I used a few of these as I developed my painting skills, and find myself going back to them every now and again as they are a great resource.

The videos are also usually 25-40 minutes long so make for pretty decent bit sized chunks without going to the full hour as tabletop tactics do, so this channel certainly appeals to a different niche of gaming if that's your thing. But I love them both!

Here's the link to the YouTube channel: Winters SEO

My Final recommendation for today is Geeks 40k. I found these guys through a recommendation of Winters SEO channel and I haven't looked back since. These guys really immerse themselves in the hobby with filmed trips to Forge World open days, updating us on the latest goodies to be in development or near release. I find these a really enjoyable aspect of the channel as you get that face to face chatting aspect of someone else who is really heavily into the same hobby world as you are. Kindred spirits essentially!

These guys play all kinds of battle reports, they are filmed in a fast and furious sort of style getting you to the nitty gritty details of death and glory without any of the dice rolling to get in the way. These guys also have fantastic banter between themselves and you can tell how much they enjoy playing when they are poking fun at each other.

They have a huge range of armies at their beck and call and this has recently begun to include fully 30k armies in their recent reports, and I think these will become more common as time goes by. This keeps the channel very very fresh as you never know what you are going to get!

Finally, one of the best aspects of this channel is you can play them! They have a Challenge the Geek concept set up, similar to strikingscorpions YouTube Channel. They are based pretty close to nottingham so if you are able to get there, send them a message and you can meet them for a game art Warhammer World and be on YouTube and I imagine have a bloody great time!

Here's the link to the YouTube channel: Geeks 40k

These are my 3 favourite channels for watching battle reports and getting general tips and advice on painting or tactics across YouTube. They aren't the only ones I watch, but they are the only ones that I am always always always happy to have on in the background. They love their games and they entertain me massively and mostly for free. Tabletop tactics offered the paid option and I would thoroughly recommend it for the price, I don't ever regret that £3.99 coming out of my account.

If you have any favourite channels to share, please comment and link below and I will be sure to chek them out :)

Email ThisBlogThis!Share to TwitterShare to FacebookShare to Pinterest
Labels: Recommendations