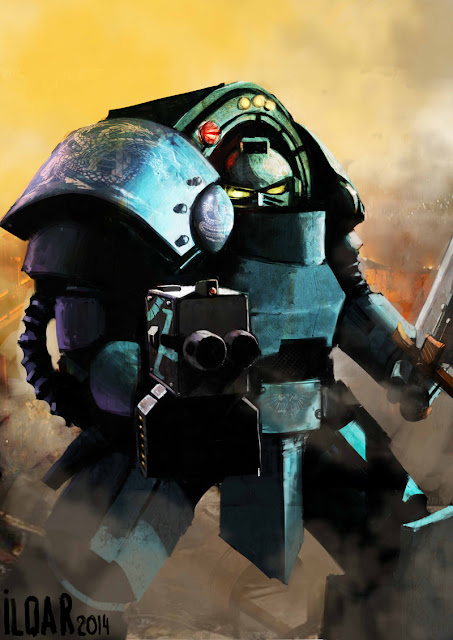 My poll for which 30k legion I should begin with the purchase of the Betrayal at Calth boxset finished this morning and you lovely people have spoken! In a tight race the Alpha legion have emerged victorious with 15 votes and beaten the joint 2-4th placed Death Guard, Raven Guard and Iron Hands all with 11 votes.

All in all 46 people cast their vote and I am very thankful to all of you :). The Alpha legion winning is something of a win-win situation for those of you that voted for other legions, as their specific rite of war "the price of betrayal" allows them to field any other legion specific units that aren't special or independent characters. So I can paint up some Death shroud terminators after all!

I have a very special paint scheme planned for these guys, though pulling it off is going to take some serious effort indeed. Expect to see some models built and converted fairly soon, but don't expect to see any painting progress till the new year. In true Alpha legion fashion these chaps will be kept well under wraps till I am ready to unveil them, the concept I have is hard but I am determined to make it work and paint both a beautiful and unique looking army.

Thanks again to all who voted and commiserations to those whose favoured legion lost out!