Betrayal at Calth Pre-ordered AND my first POLL! 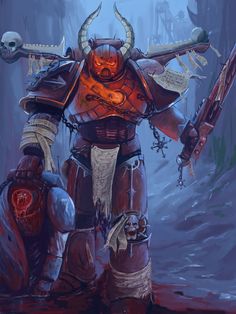 So! I have ordered the Betrayal at Calth game from my FLGS Excelsior games (which is awesome btw), so at £85 with discount it was a snip for what comes in the box! Which is, as far as I can recall right now, 30 tactical marines, a contemptor dreadnought, 5 cataphractii terminators and a chaplain plus praetor/other centurion model.

I have not got any interest in the board game really, for the simple reason that board games I like to play at home with friends and the missus and I'll be damned if I paint up the models for just use with that when I will want to be taking them down to the club!

The problem I have is deciding how I am going to paint them. I have decided against adding them to my Dark Angels 30k force as they have a very distinct look so far from my conversion of Age of Sigmar models and I feel these would clash with that. If I do use anything from this bundle with the Dark Angels army it will be the contemptor (which will need extensive converting anyway lets be honest).

So my question to you guys is, which legion should I paint these guys up as? I'm tempted by the Raven Guard as a drop site survivor I would pull them to bits and have armour hanging off, a few amputations, massive battle damage amongst many other things. I would limit this force to having no vehicles and play them as a fluffy hit and run/infiltrate force. AND I would probably convert up a broken Corax using his reduced profile where he has no jump pack.

But there are so many other legions that are also awesome, the Alpha legion have always appealed as well. The only legions that I can categorically rule out are the White Scars, Ultramarines, Blood Angels (done with them for now!) and obviously the Dark Angels. There are others that I am less wild on than some but I would quite like to push into the unknown with this cheap army, as I won't feel afraid to cut it up and get funky with conversions, unlike if I had bought all forge world!

So that brings me to my first poll! Which should be appearing around about here I hope....

What 30k Legion should I collect next?


Have a vote and comment below if you really want to push the case of a legion, sell it to me baby!

I'll leave the poll up till the 14th and then we'll have a look at the results :)